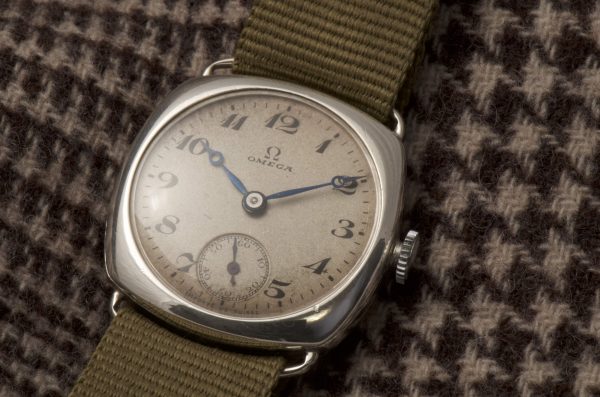 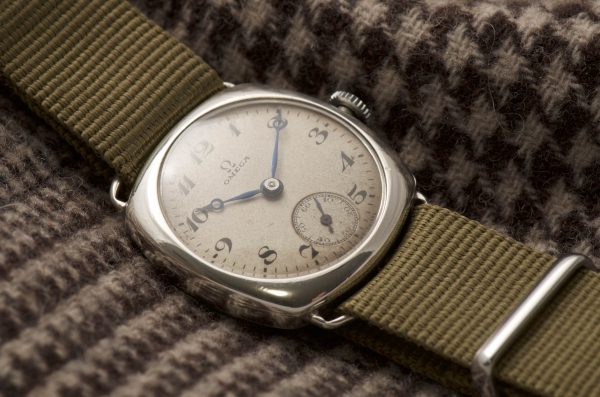 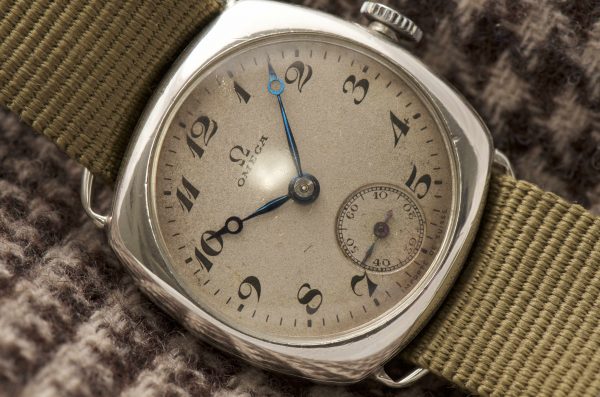 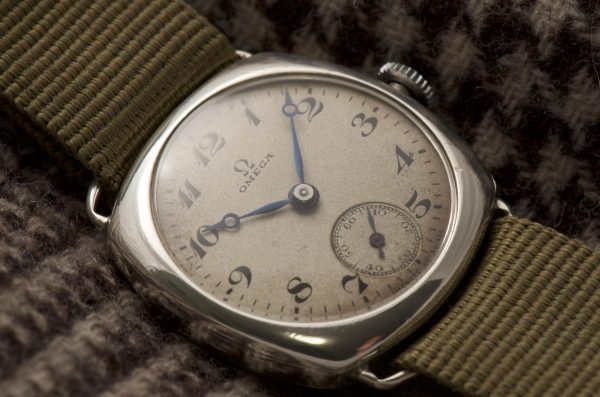 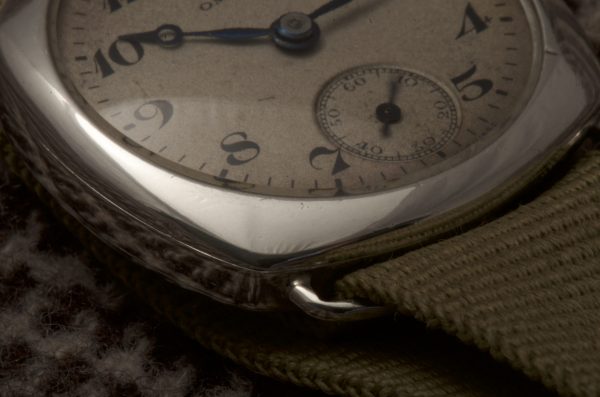 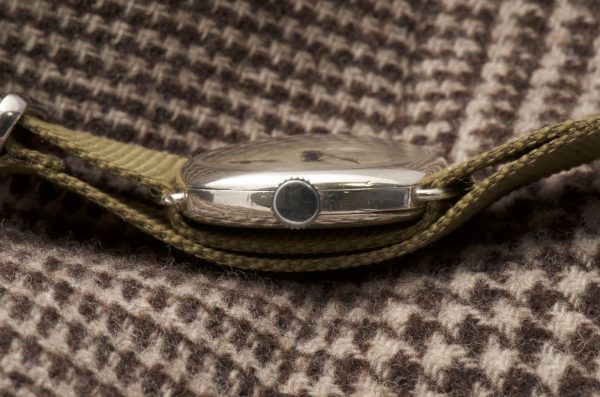 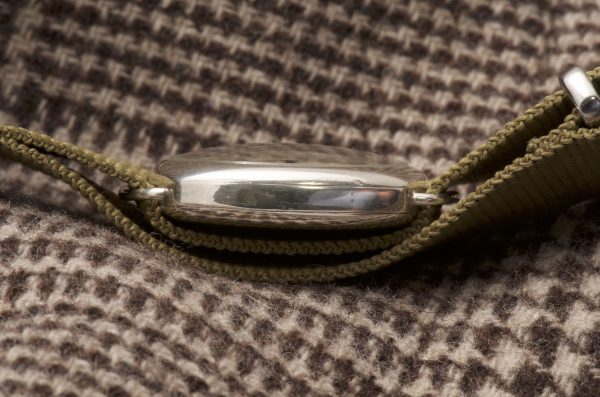 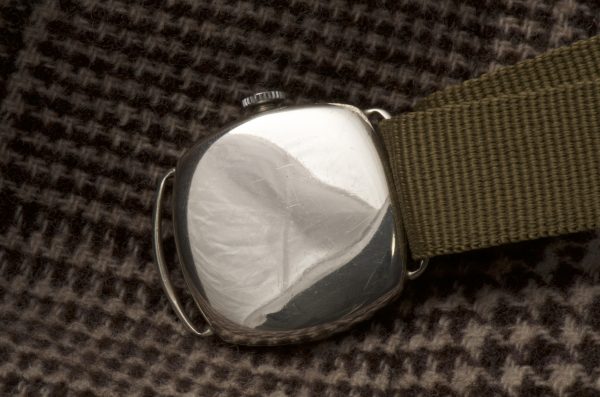 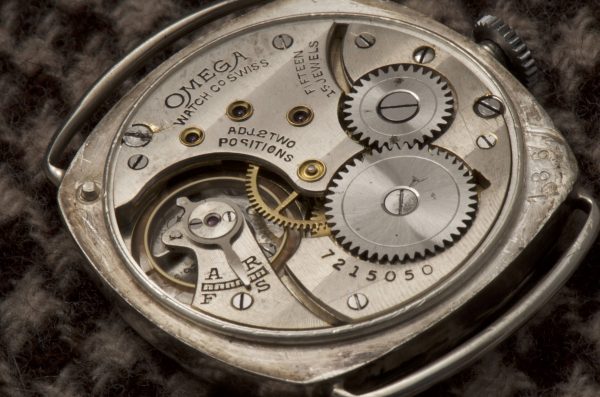 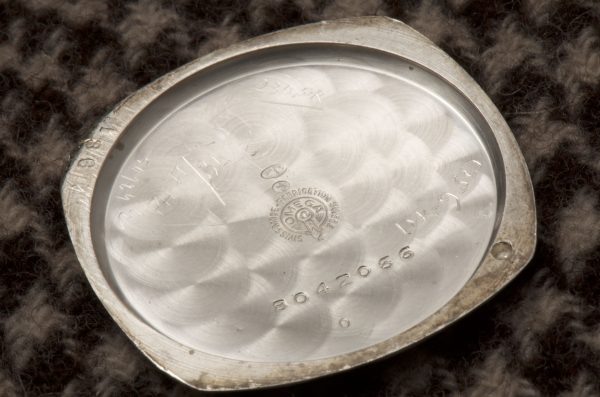 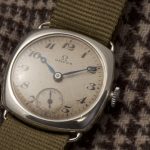 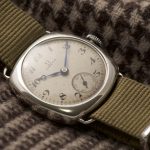 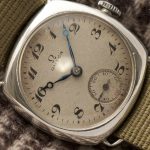 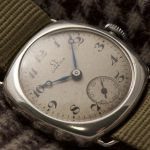 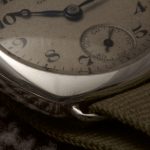 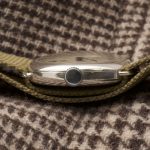 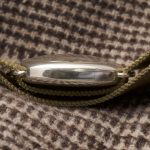 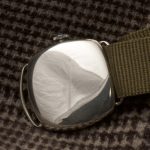 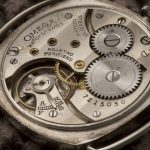 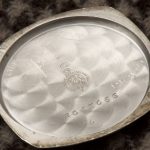 This special wristwatch was made by Omega in the 1920’s. This means this is an extremely early wristwatch. Pocket watches were still commonly used and wristwatches were slowly starting to appear. This watch has an solid silver case who shaped resembles a cushion, hence the name “cushion case”. The lugs are made from a piece of wire, soldered to the case. The moment is manually wound and has 15 ruby jewels, set in raised settings. The dials has Breguet numerals and matching blued-steel Breguet hands. A nice little details is the original second hand, which has a characteristic shape.

The solid silver case is in good condition, with some scratches and little dents. The crown has been replaced at some point. The crystal is an original mineral crystal, with no scratches. The dial shows some wear but can be considered good for the age of the watch, since these early wristwatches have poor water resistance. The hands are original and still have a deep blue color. The movement is in good condition and has been fully serviced. The movement is a little loose in the case, probably because the watch has been worn for a long time by it’s previous owners. The watch is keeping time within 1 minute a day, Please take care when wearing watches these old watches, since they weren’t yet equipped with shock protection.