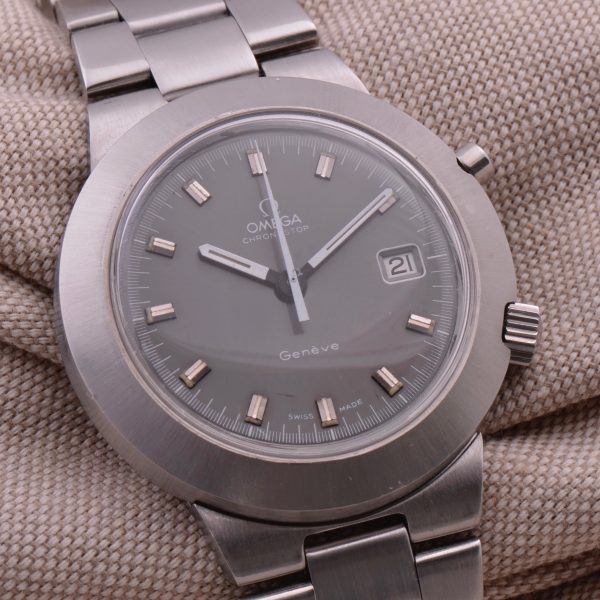 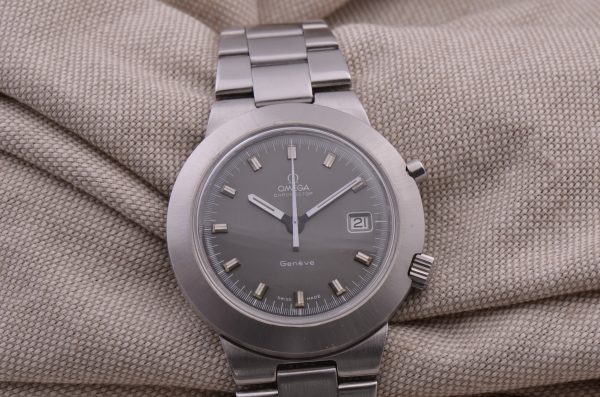 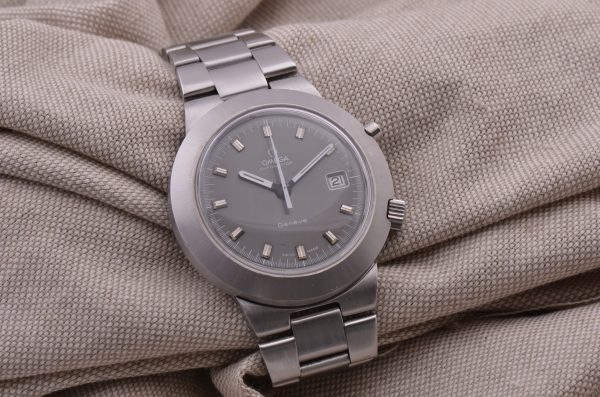 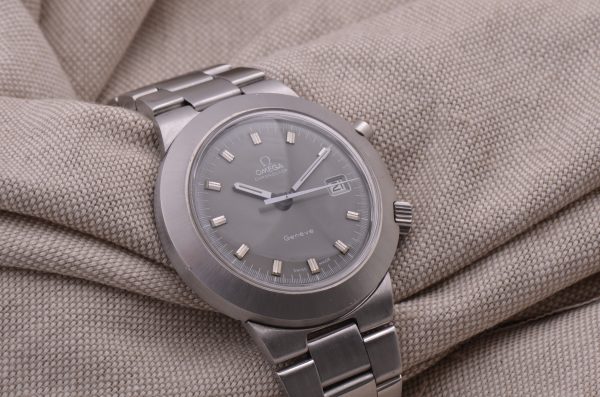 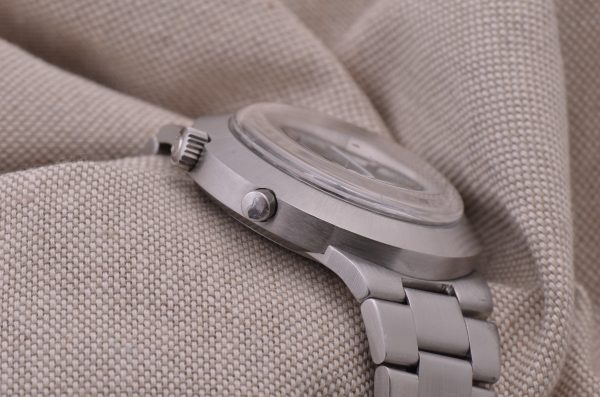 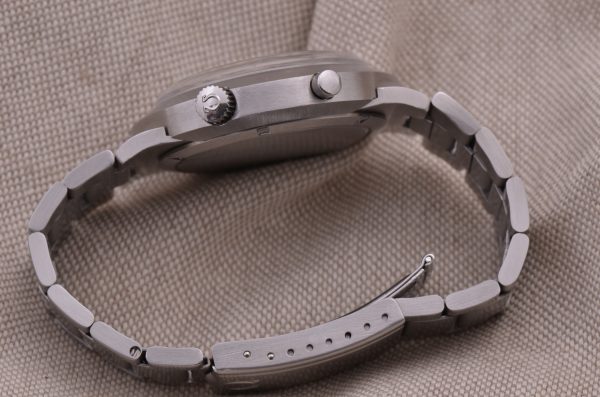 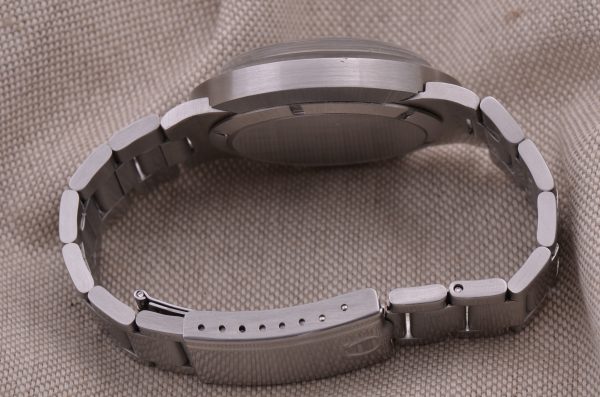 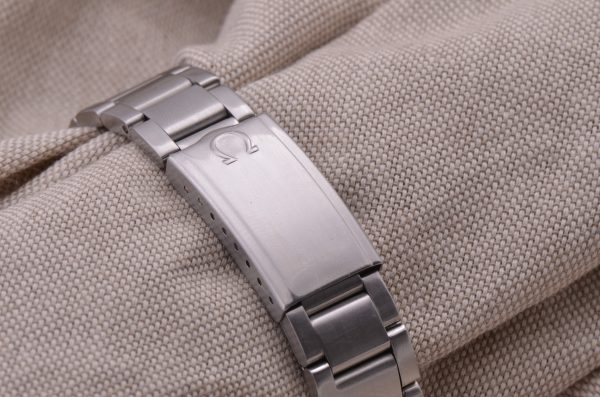 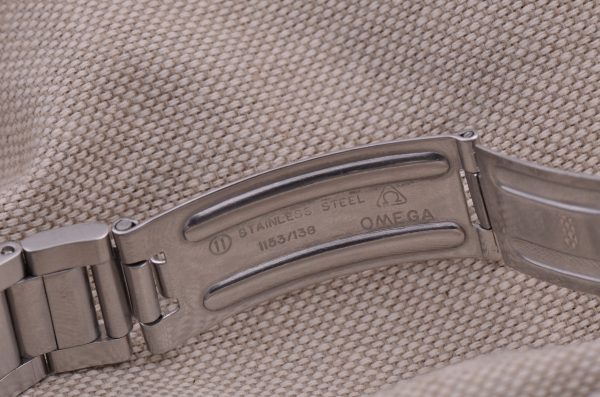 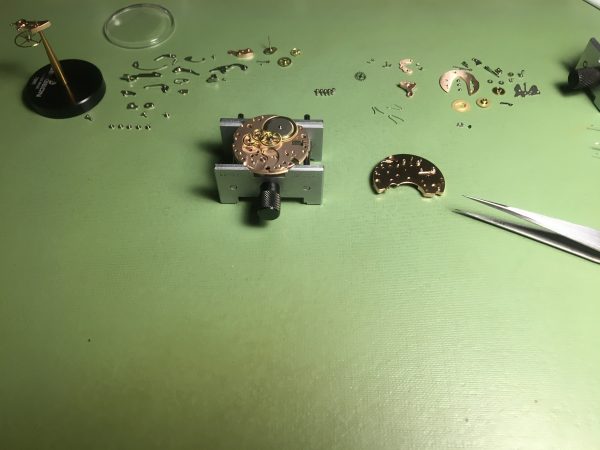 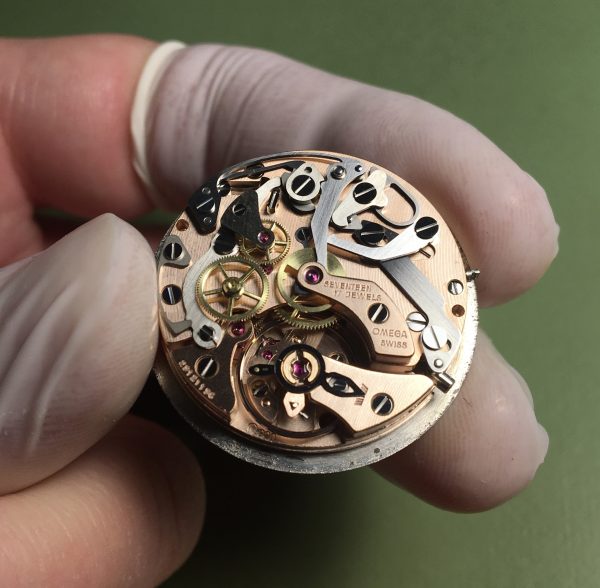 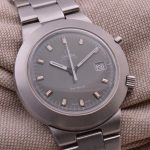 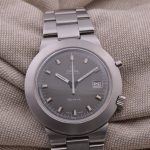 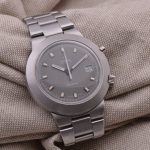 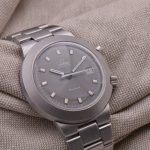 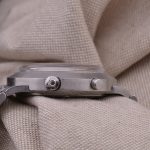 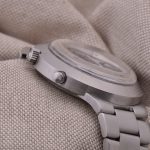 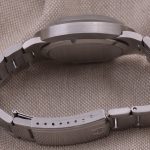 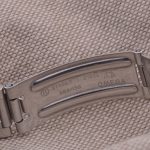 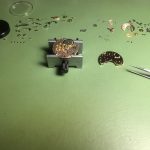 This Omega Chronostop is very suitable for someone who likes vintage watches but prefers a largers watch. At 41mm, this watch is very big for it’s age and is therefore also called “Jumbo” or “UFO”. The case had a brushed finish and an oval shape, fitted with a grey dial with applied markers. The metal bracelet is attached with a screwed-down ring, like Omega’s Dynamic series. The clasp also features an Omega logo. The Omega Chronostop reference 146.012 was made especially for Omega’s Italian agent Di Marchi and the cases were produced by Fontana. The movement is Omega cal. 920, a very well build movement with chronostop function. Pressing the pushers starts the second hand and pressing a second time stops it. When releasing the pusher, the second hands resets to zero immediately. The bracelet fits an 18 cm wrist when it is in the smallest hole of the clasp. Without extra bracelet links, the bracelet can be used for a wrist size up to 20 cm.