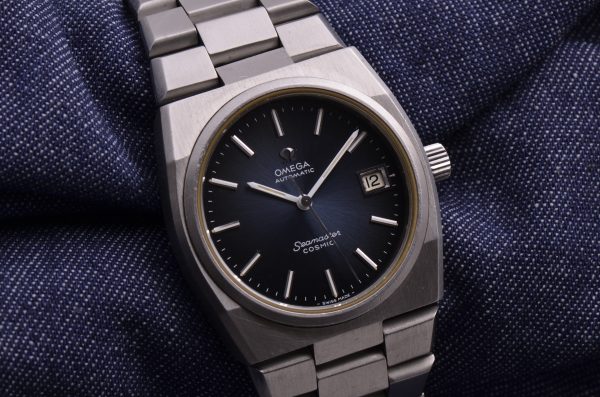 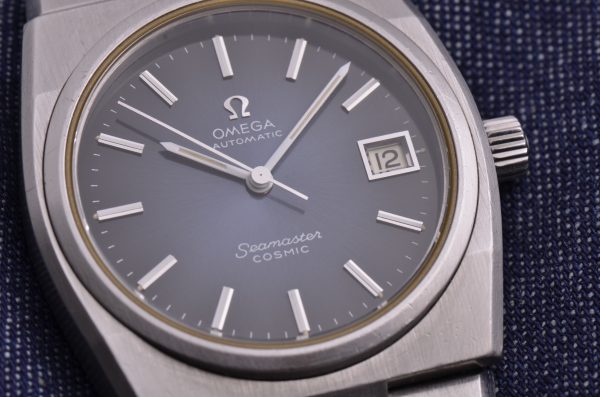 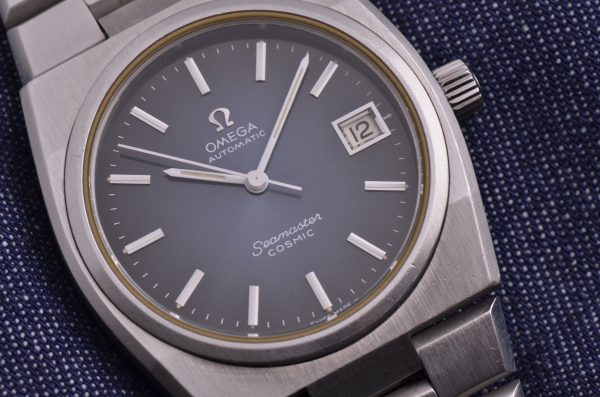 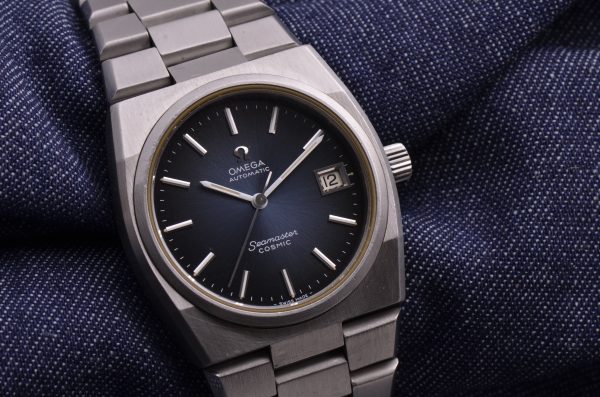 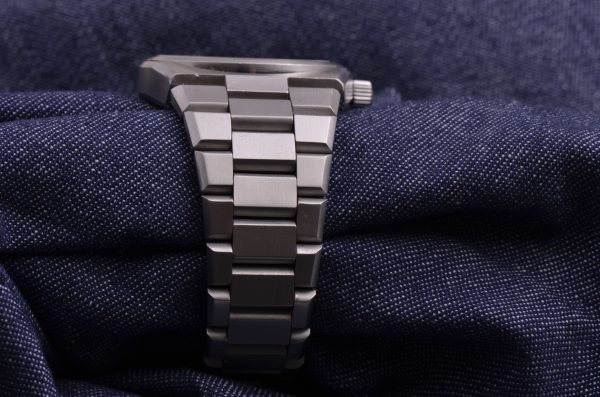 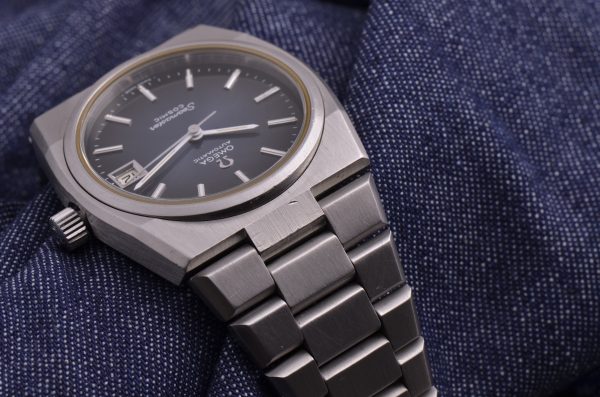 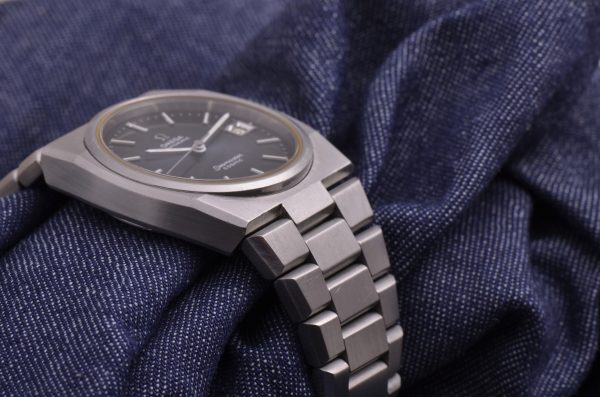 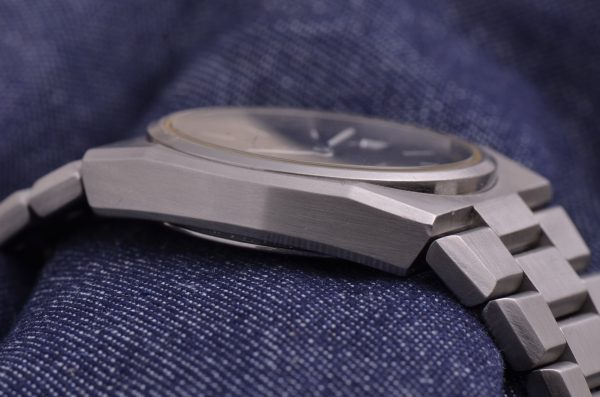 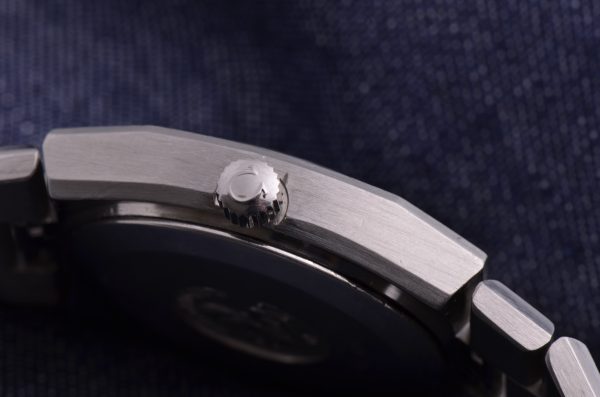 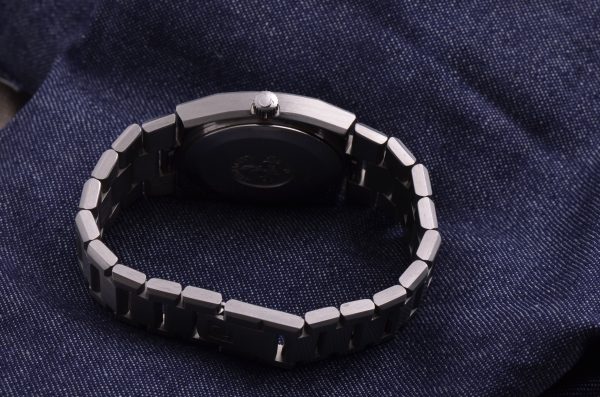 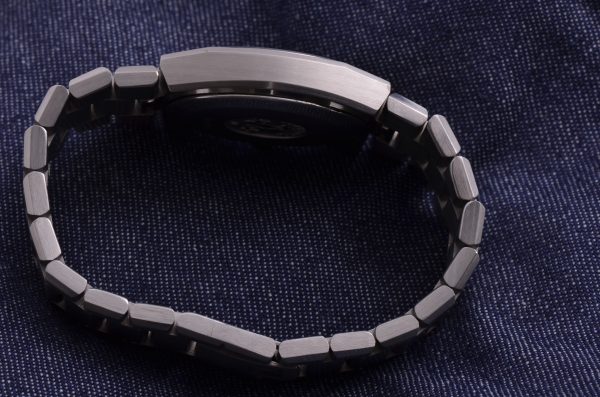 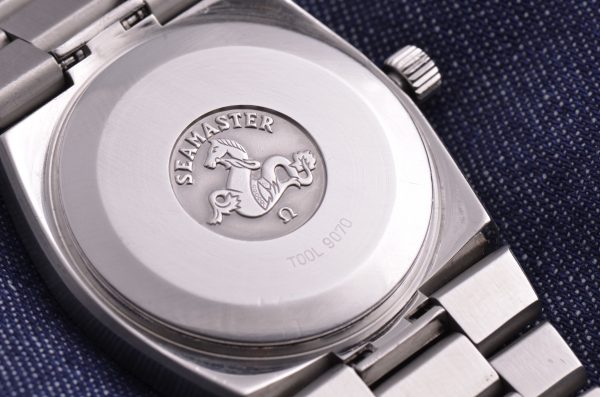 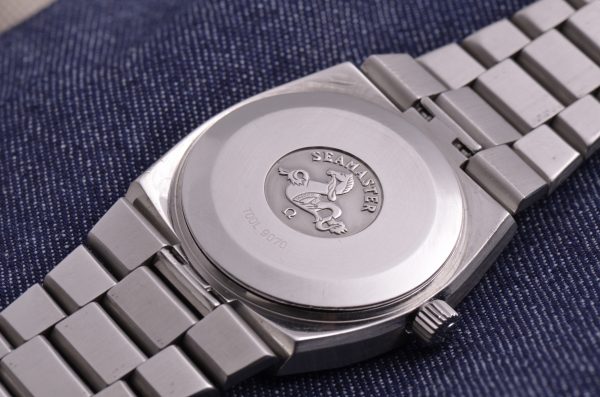 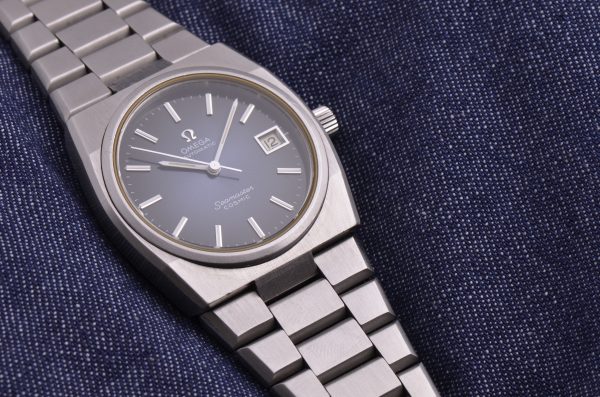 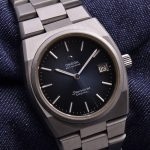 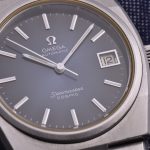 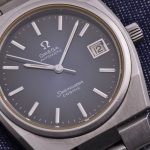 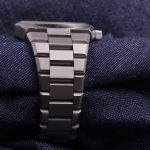 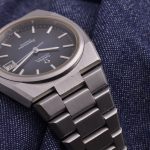 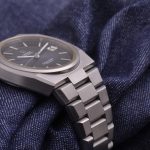 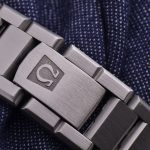 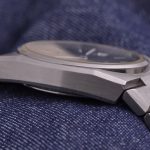 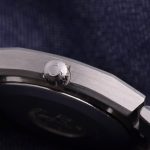 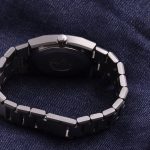 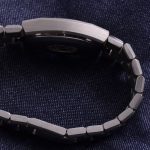 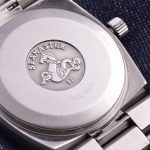 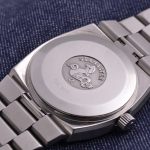 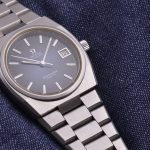 This Omega Seamaster Cosmic is one extremely cool piece from the 70’s! The Omega ref. 166.0195 is a fairly rare watch. The dial is a beautiful deep blue color and has a sunburst pattern. The case design is typically of the 1970’s, however it is also quite sporty and does very well with the thick and sturdy bracelet. The bracelet was made by the bracelet manufacturer “Chatelaine” which went out of business in 1975. Inside the case beats the Omega cal. 1012, one of the flattest automatic movements Omega made in it’s history.

The bracelet fits an 18-19 cm wrist. Unfortunately, there are no extra links for the bracelet.

The watch is in very good condition. The case has been rebrushed at some spots, but can generally be considered sharp and in good condition, with some signs of wear. The crown is original and signed with the Omega logo. The dial is in extremely good condition and has absolutely no signs of age or damage. This is special because blue dials from the 70’s tend to deteriorate badly very often. The hands are original and in perfect condition. The crystal has no scratches. The movement is in very good condition and runs accurate within 20-30 seconds a day. The automatic has been fully serviced and the watch comes with a 1 year warranty.