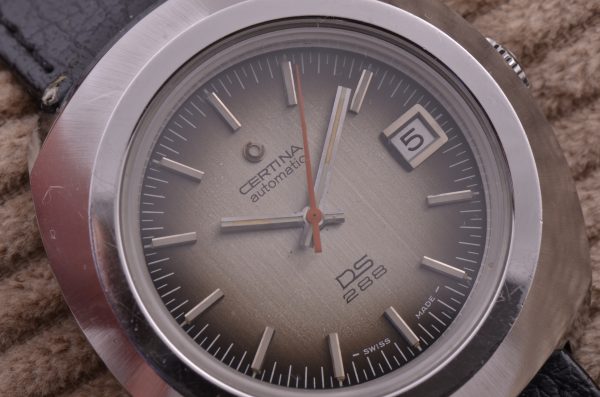 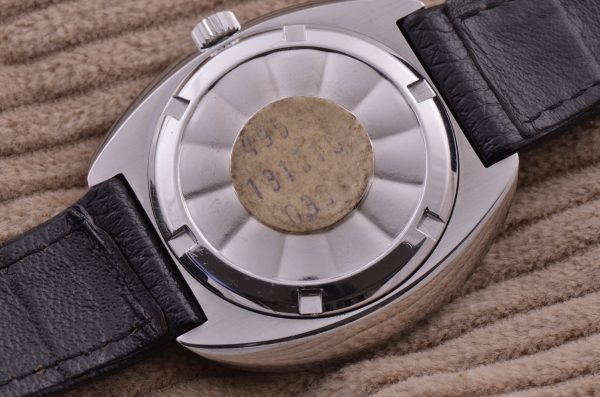 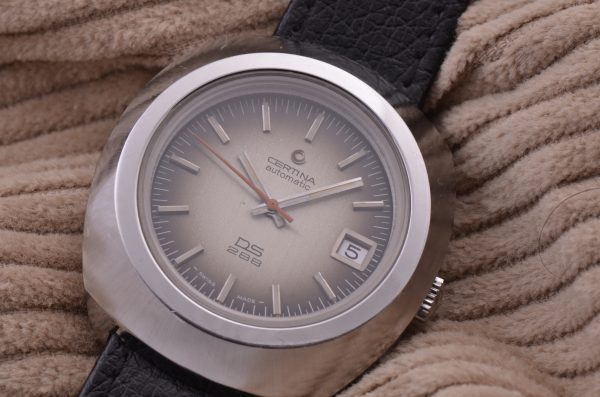 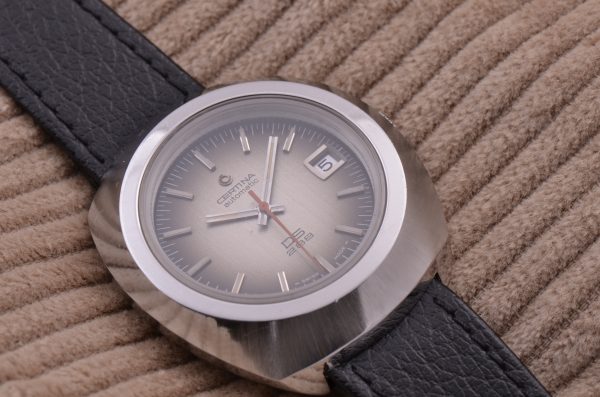 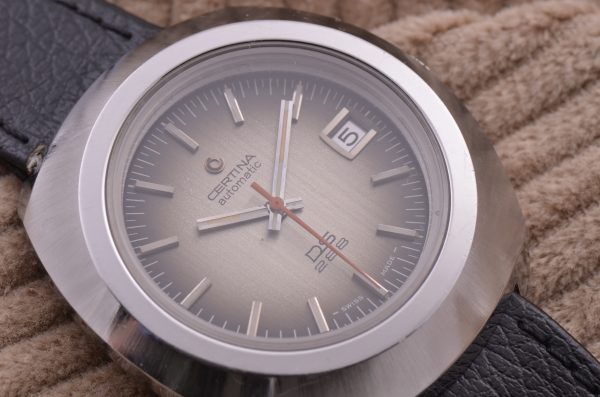 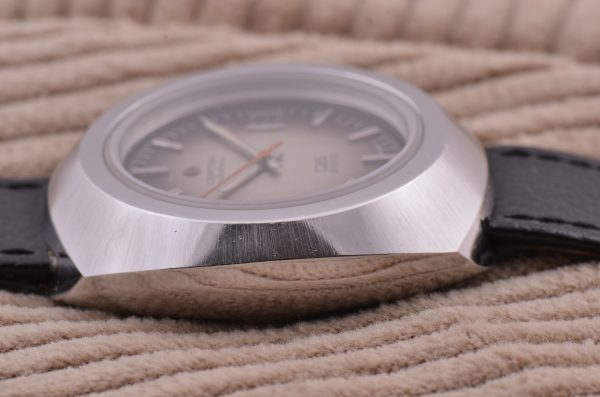 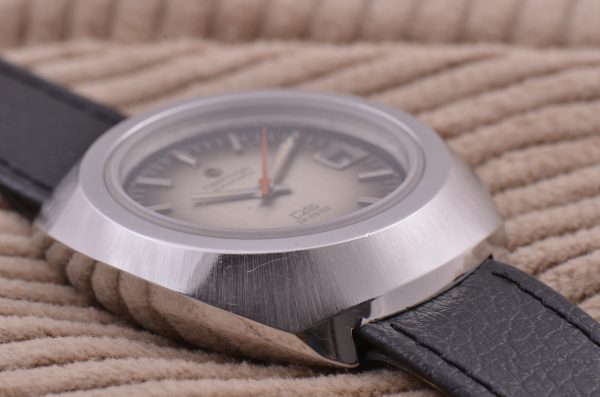 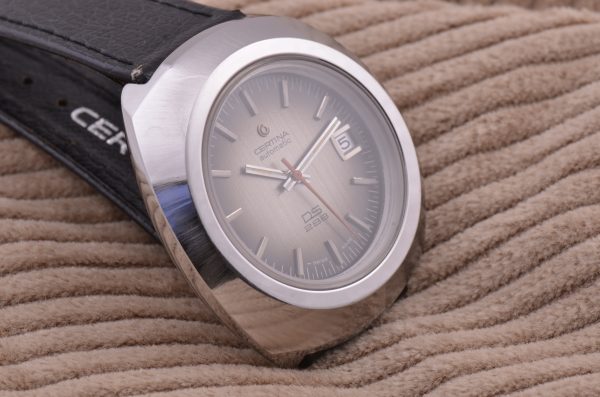 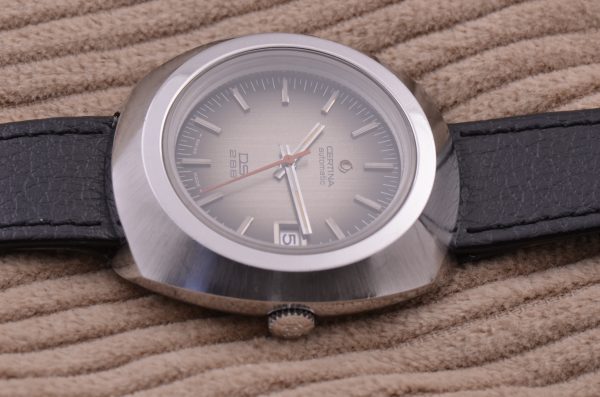 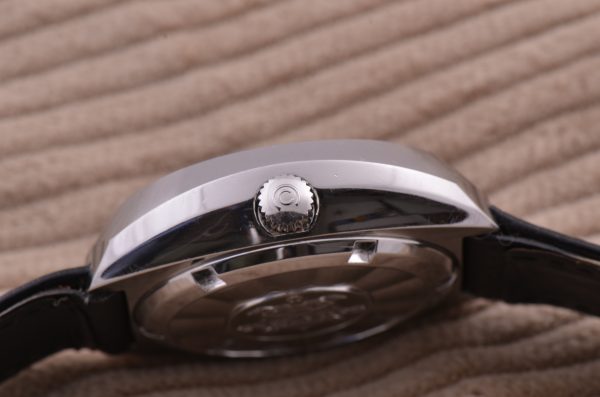 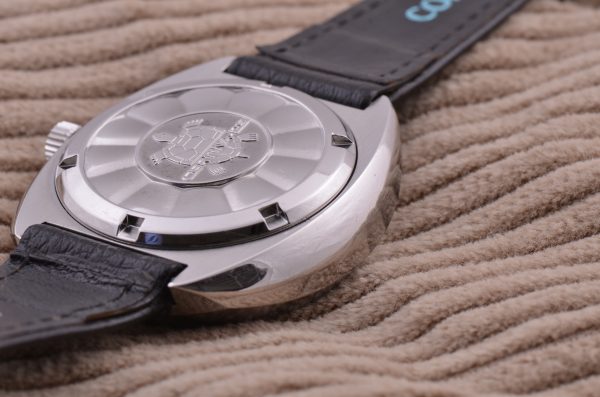 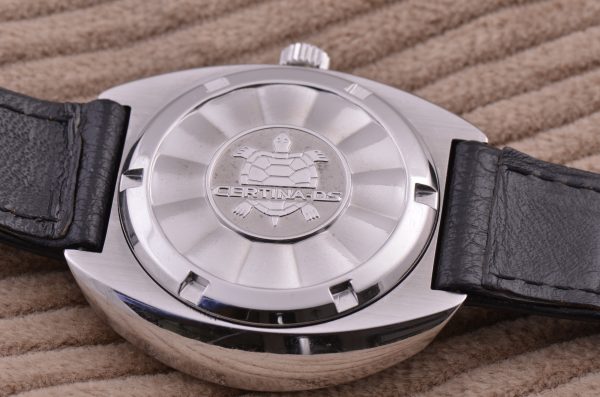 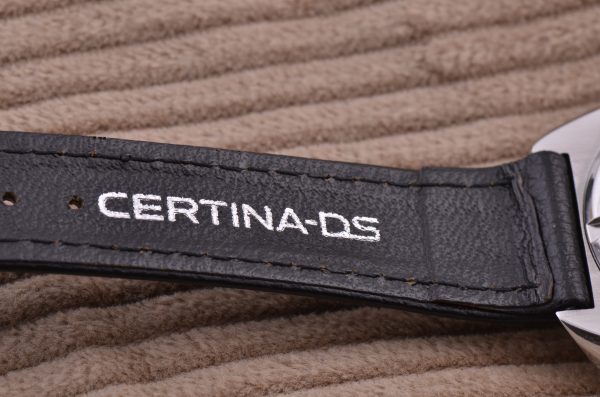 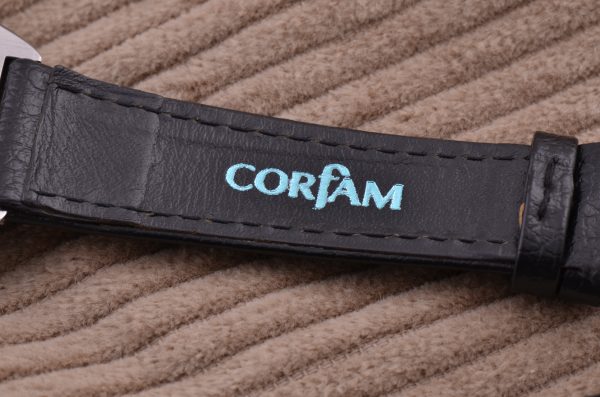 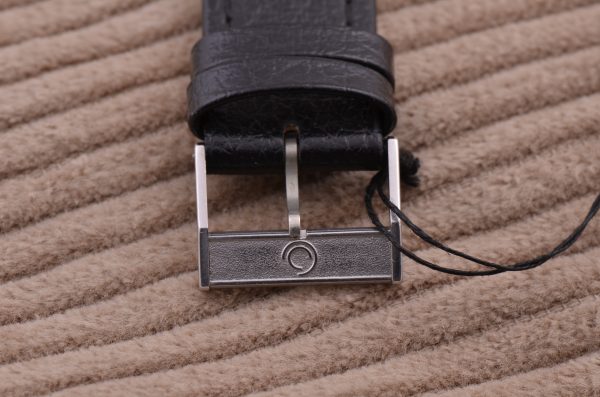 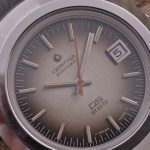 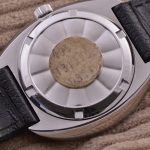 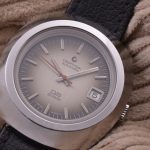 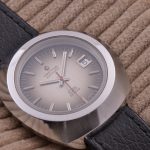 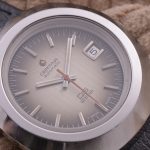 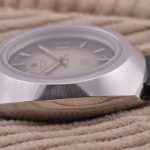 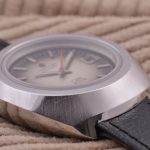 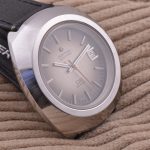 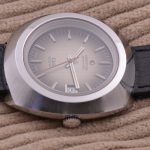 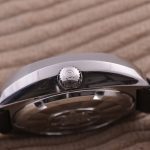 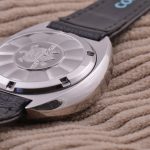 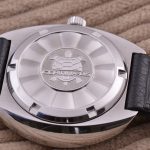 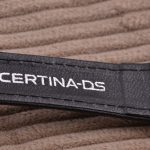 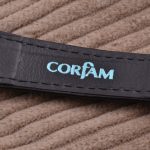 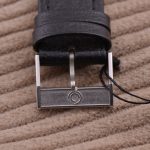 The Certina DS was first introduced in 1959, as an extremely robust watch. The DS stands for “Double Security”, due to the two shock protections technologies. The first is the Incabloc shock protection of the balance wheel in the movement, which can be found in any watch movement since the 1950’s. The second protection against shocks was a thick rubber ring between the watch movement and watch case. The movement in placed in a steel cage, which “floats” in the watch case, suspended by the rubber ring. This is clearly visible at the edge of the dial, since there is a gap between the dial and the case. To demonstrate the DS-concept during fairs, a Certina DS watch would be placed in a drop tower and dropped from a height of 6 meters. The watch would still run perfectly afterwards. The turtle on the caseback symbolizes the robustness of the watches.

In 1970 the Certina 288 models came to market. These movements had an improved hi-beat movements with a beat rate of 28.800 beats per hour. In this watch the highly sophisticated Certina 25-681. The case design is extremely big an d chunky and typical of the 70’s. The crown is screwed down and partially hidden in the case. The 288 is a relatively rare Certina watch, since they were launched in the middle of the quartz crisis.

The stickers on the caseback and unworn Corfam strap, indicate that this watch has never been worn and therefore it can be considered New Old Stock. However, the case shows some scratches and small dents from storage over the years. The case is absolute unpolished, and the dial and hands are in in perfect new-like condition. The tritium in the hands aged to a beautiful yellow color. The movement is Certina caliber 25-681 and is in new like condition and has been fully serviced. Therefore, this watch is keeping time extremely accurate since that watch hasn’t been used before.