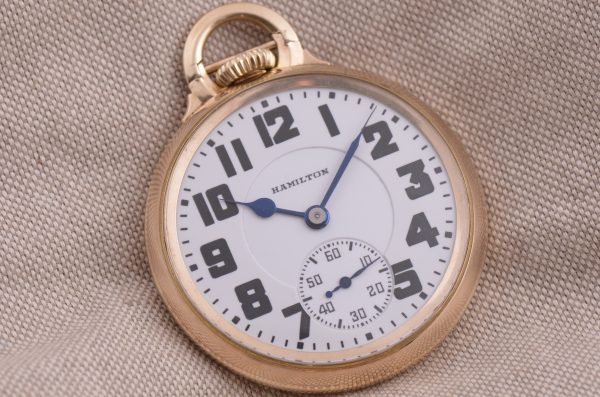 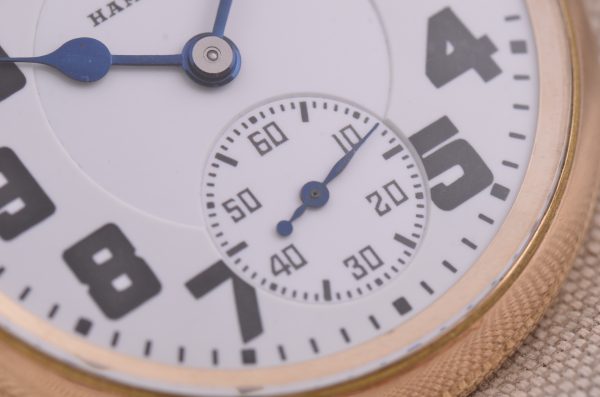 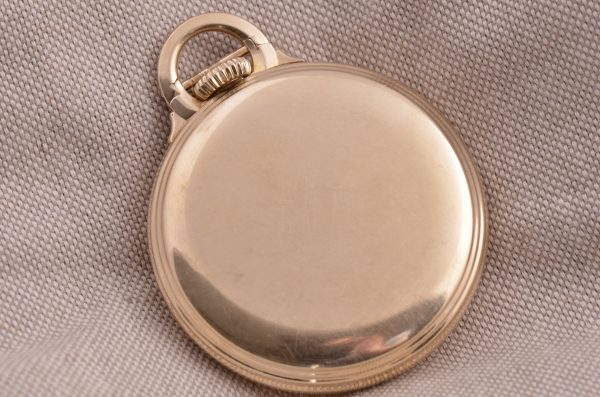 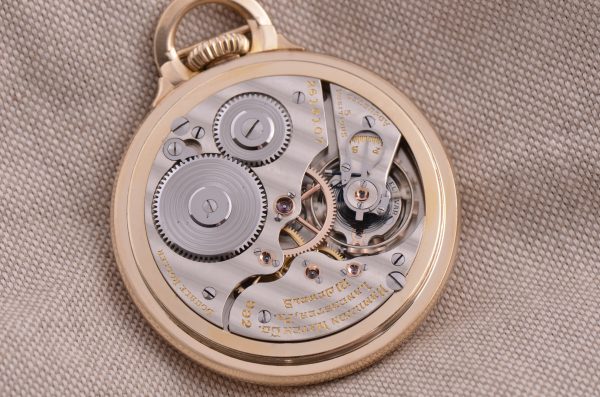 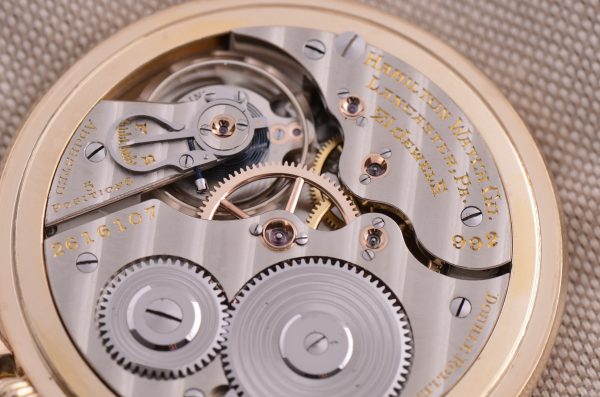 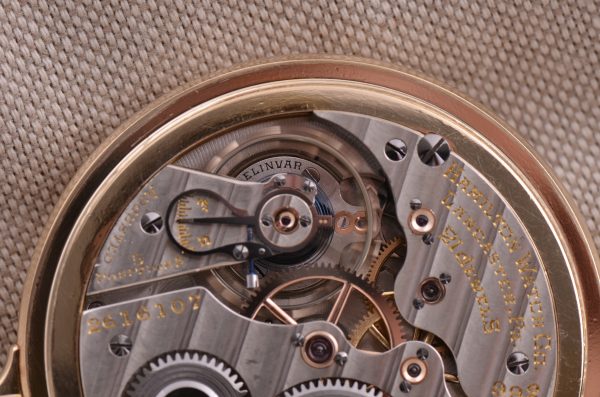 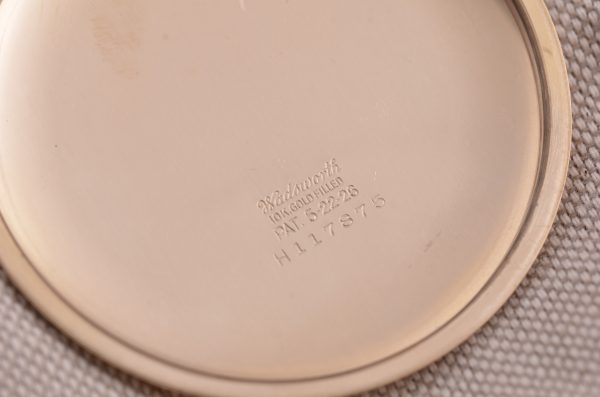 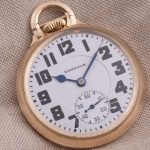 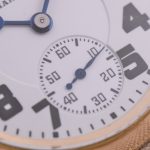 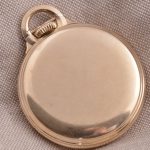 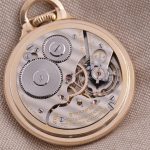 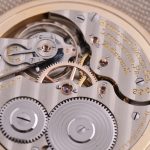 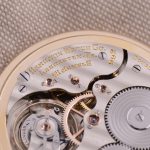 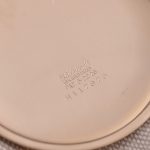 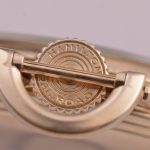 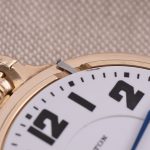 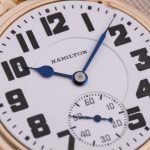 This beautiful Hamilton railroad chronometer pocket watch represents the best quality of watches made in America. After some train wrecks caused by poor timekeeping of conductors pocket watches, watchmaker Ball was appointed to develop standard for railroad watches. These pocket watches became known as railroad chronometers, and had to run within 30 seconds a week, regardless of position and temperature. These watches required to be set with a special lever, hidden beneath the bezel, to prevent accidental setting of the watch. Employees of the railroad had to purchase their own watch, which could easily cost more then a month wage, and was worn with pride.

Hamilton was know as “the watch of railroad accuracy” and the caliber 992E Elinvar is one of the rarer versions of the popular Hamilton 992 movement. Hamilton painstakingly developed a new alloy for hairsprings, which wouldn’t be affected by temperature differences and would be resistant to corrosion. This new alloy was implemented in the 992 movement making it the 992E movement, which would later be replaced by the 992B, which would be a totally newly designed movement from that to finish.

The 992E is a movement of extremely high quality, featuring impressive specifications like 21 ruby jewels, set in gold settings.  In addition the center wheel is made from gold, just because they could. This movement is housed in a Wadsworth 10 carat yellow gold filled “bar over crown” case. The bar over the crown would prevent the owner to pull out the crown for setting the time.