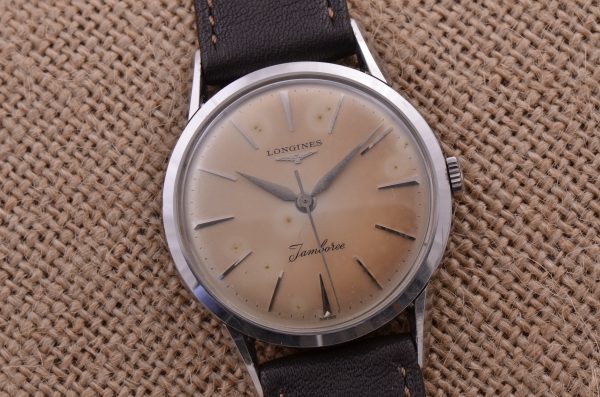 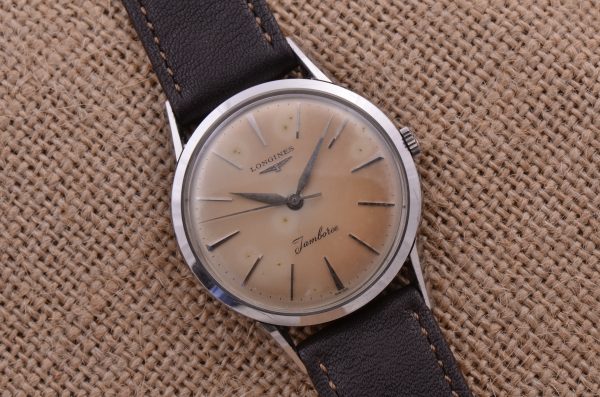 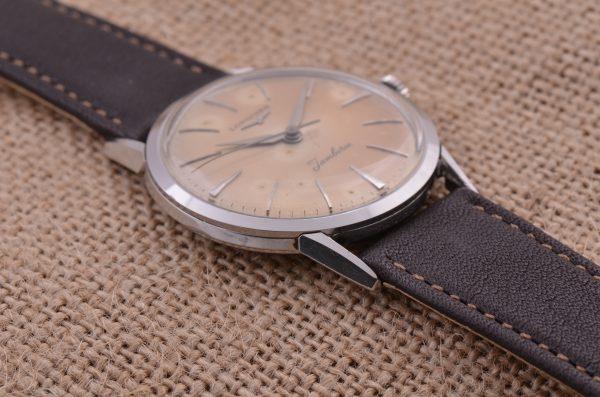 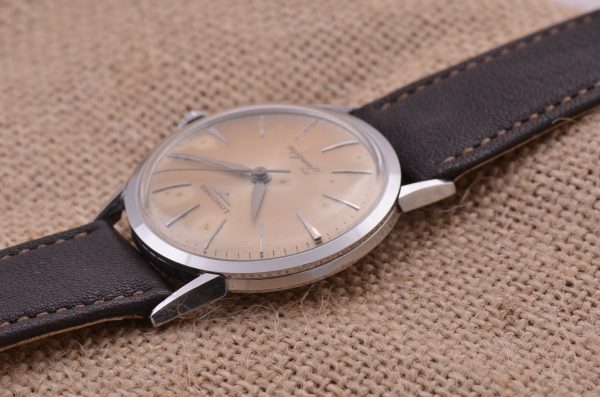 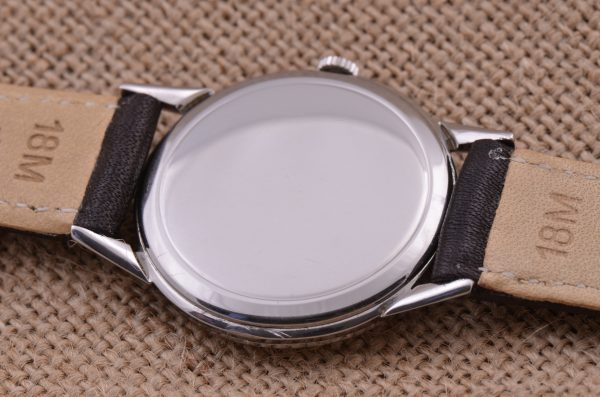 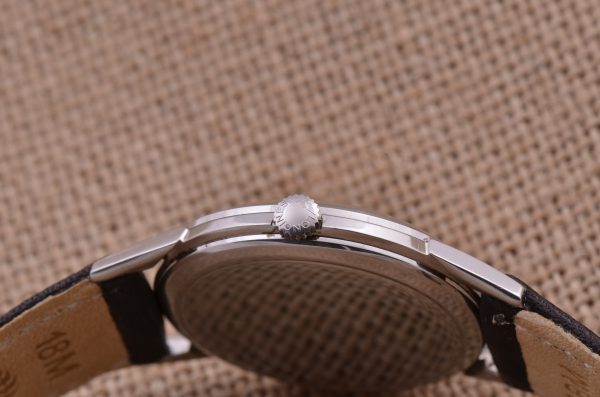 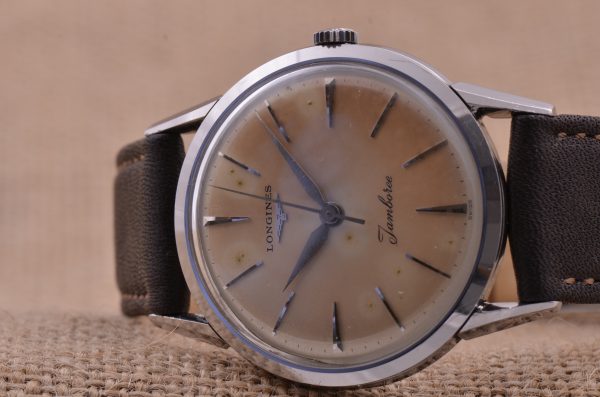 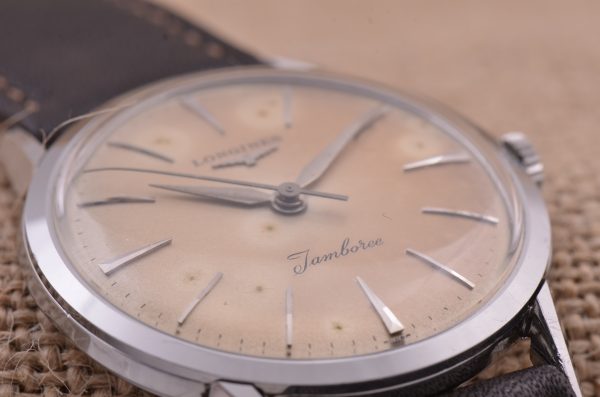 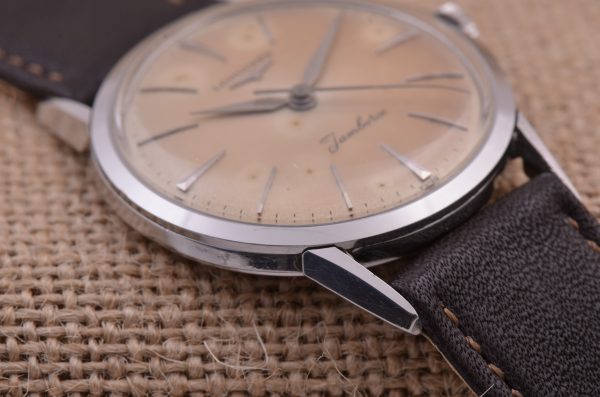 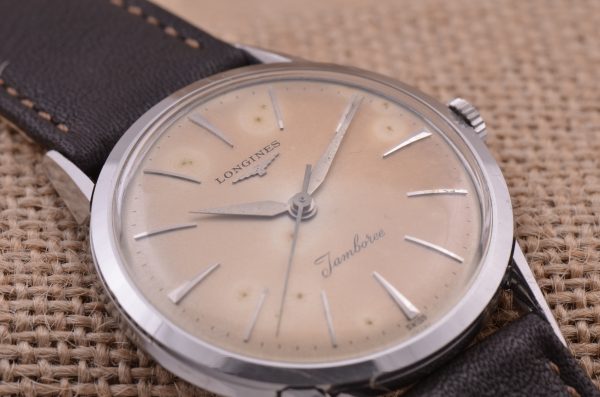 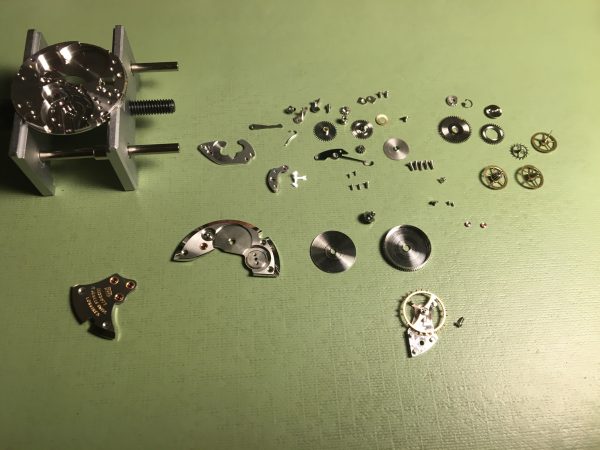 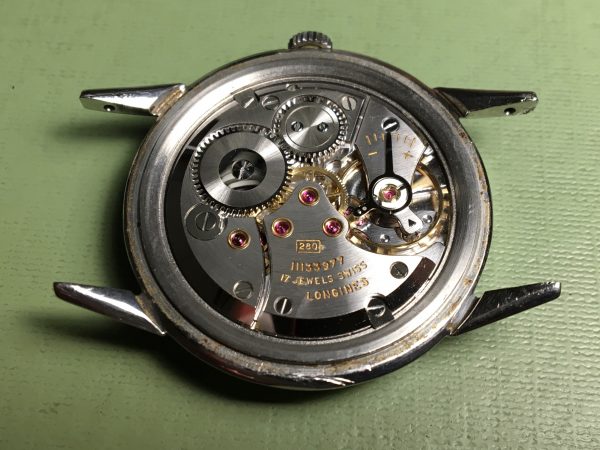 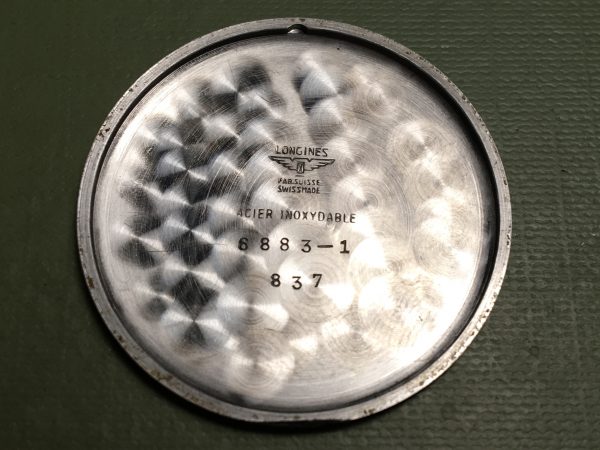 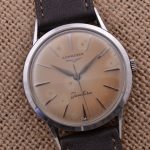 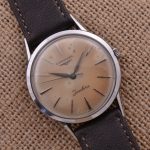 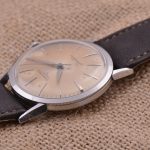 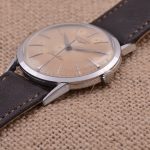 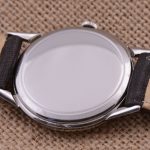 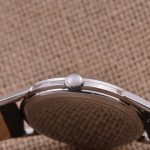 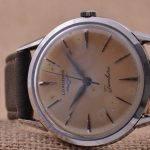 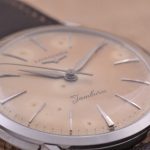 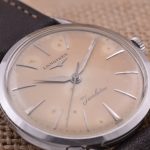 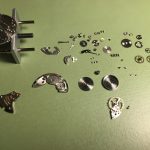 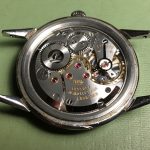 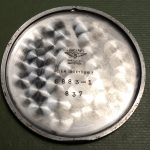 This Longines Jamboree is the perfect example of a 60’s watch made by Longines. The Jamboree was introduced in Baselworld 1959, and the name was derived from the Native American language, and means a friendly and peaceful gathering of people. The watch was made with a special synthetic dial lacquer that would be totally resistant to wear, and the new Longines caliber 280 woud power the watch. The watch has beautiful sleek and thin lugs, and a pie-pan dial with long applied markers. Truly a wonderfull Longines dress watch, ready for many years of pleasure and reliable service.

Despite that the dial was supposed to be resistant to wear, the dial developed a beautiful even patina, giving the watch a unique appearance. The case is razor sharp and almost certainly unpolished. The movement is Longines caliber 280, and has been fully serviced, and is keeping accurate time.

Longines was founded in 1932 by Auguste Aggasiz. Local craftsmen made watch parts and he collected those parts to finish and assemble these parts to complete watches. He then sold those watches internationally. When Aggasiz became ill, he found a successor in his nephew Ernest Francillon. Francilion was educated as economist and had a revolutionary view on the manufacturing of watches. He envisioned a factory where all watch parts would be made by machines, with tolerances so accurate that the parts would be fully interchangeable. In 1876 Francillon sent Jacques David to the United States to research the watch industry, which was already industrialised. With this knowledge, Francillon built a new factory in St. Imier, on a piece of land that was called “Les Longines”. This factory was to become an internationally recognised watch brand, making high quality watches. To the current day, Longines watches are made on the same location where the new factory was once build by Francillon.